This is what the users/learners will see when they find something: 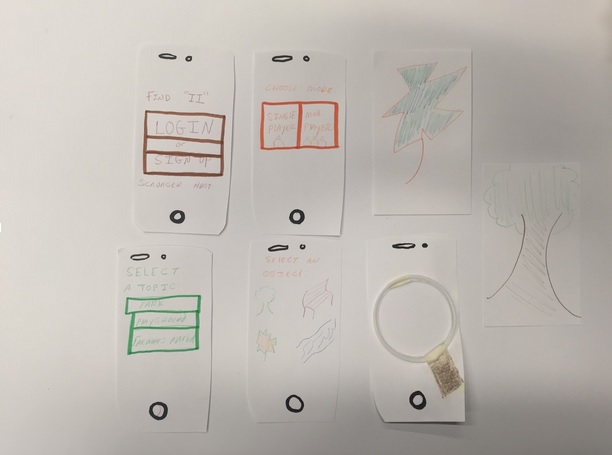 Contact with nature is essential to our health and well-being as individuals, communities, and societies. In fact, Maller et al. (2008) write that contact with nature and parks, “reinstate people with a sense of empowerment,” (p. 74) towards wellness. Maller et al. (2008) also cite studies that link a relationship between nearby greenness and the behavioral and cognitive benefits for children. For example, the ability to concentrate, inhibit impulses, and delay gratification improves when children can see or access nearby green spaces. In one particular research study by Wells, greater levels of greenness were associated with higher cognitive functioning, especially for low-income children in the United States (as cited in Maller, 2008, p. 64).

Our target audience is low-income, 8 to 12 year olds in New York City. Most of these children live or go to school near public parks or other natural/recreational areas. Within the city of New York there are approximately 1,700 parks. Through our game, ENVIROcity, a digitally supported scavenger hunt, our hope is to assist in the improvement of children’s performance in school and their overall wellness. ENVIROcity, will do this by providing an opportunity and motivation to explore New York City’s parks and recreational areas.

ENVIROcity, is also designed to promote physical activity among our target audience. According to the CDC, obesity is an epidemic among children 2 to 19 years of age. Obesity puts children at risk for preventable diseases like Type 2 Diabetes. Physical activity can be a key to preventing obesity. By motivating children to explore city parks, we hope to help them to be more physically active.

Situated Learning Theory: This game situates the learner in the physical environment they select through the game’s interface, having them complete an authentic problem solving activity in the context of their surroundings.

Goal-based Scenarios: Goal-based scenarios is a learning strategy, which is based on John Dewey’s learning by doing approach to education. ENVIROcity gives the learner a task (a goal) to finish in terms of a scavenger hunt. Like real life challenges there are several different ways the learner can go about reaching their goal (of finishing the list of objects).

Direct Instruction: When a learner finds an object from the list, they are given fact(s) about that object in the form of “Did you know…” statements.

ENVIROcity is a digitally supported scavenger hunt game. It is designed with the aim to get kids outside and into nature. ENVIROcity blends technology and nature, using devices which are prevalent in many children’s lives to facilitate interaction with their natural surroundings they may not be as familiar with.

The game narrative centers around helping a character, Billy, populate his virtual location with objects found in the learners’ real location. For our story we focused on building a park but the game would provide multiple options of what the user might help build. Billy asks the player to choose what they want to do, either build a park, forest, beach or another natural environment. This decision will be based on the player’s real location. Once their decision is made they will be given a list of elements from that place.

In our prototype we chose to focus on a park. So in this case, the player would get a list of items that would normally be found in a park, such as trees, plants or squirrels. Each item would then be selected and the player would have to physically go find it and take a picture when prompted by a screen that shows a magnifying glass.

This magnifying glass screen will act to place the player in exploration mode. This follows Goal-based Scenario. A learning method focused on “learning by doing”. Once the player finds the element he/she is looking for, the game will present a fun or interesting characteristics describing what they found. For example, when the element is a particular plant, the game will provide educational information, instructing the player on important aspects of that plant. Given this information the player will be able to differentiate between different types of trees, plants and animals.

The game can be played as a single player with a focus on finding as many diverse elements as possible while being timed, or it can be played in multiplayer mode which would facilitate children to compete with others who also have the game and are in the same park. When the game recognizes the location the player is in, it would provide a push notification galvanizing users to connect with others in the park and start the scavenger hunt timer to see which player can finish the list first. The game lends itself to possible use by teachers if they have a class visiting a park (or other recreational/natural setting).

Once the player has found items during the timed scavenger hunt they will be able to ‘build’ Billy’s virtual park in the game environment, using the elements they learned about and “collected” by photographing. When an element is found, it becomes unlocked and available to be used for building Billy’s virtual park. With this building they player will be able to tell their own narrative taking place in a park (or other recreational/natural setting). Thus, creating their own narrative based on their interaction with nature as well as the game environment.